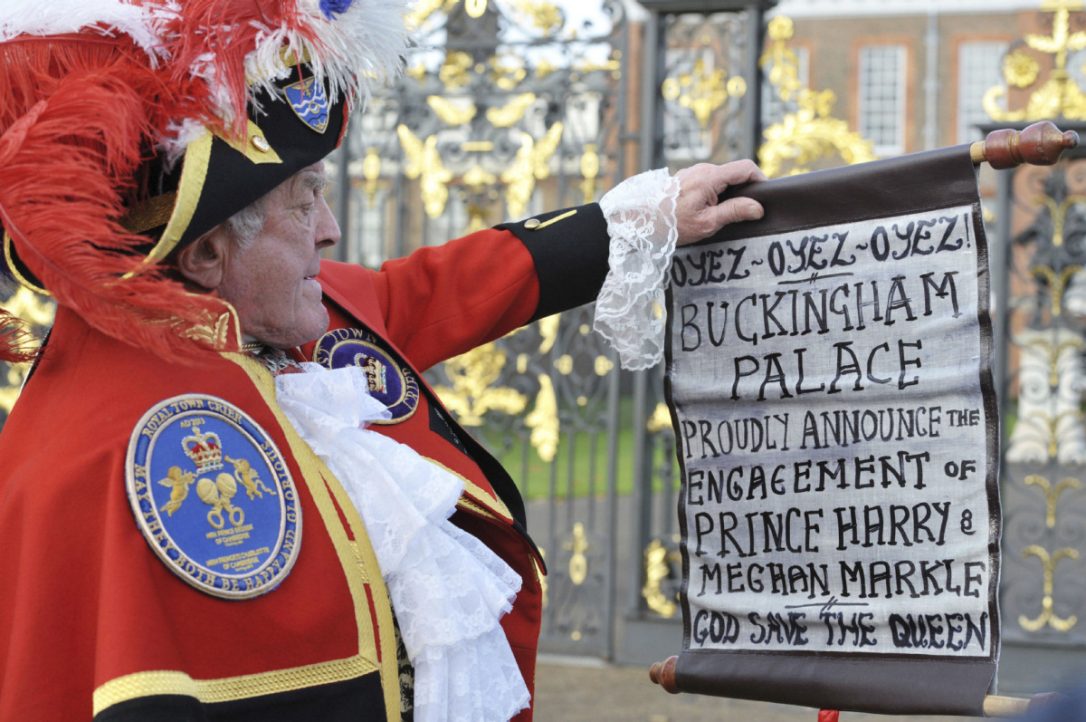 With Clarence House’s announcement of the Royal engagement between Prince Harry and Meghan Markle Tony Appleton has received a large amount of press and social media attention for making the announcement outside Buckingham Palace.

Tony commented on the day “I had a premonition last night,” the 81-year-old from Great Baddow, Essex, said.

Quizzed on what the engagement announcement means to him, he said: “Everybody wants Harry to get married, including me. I think this seals it, absolutely. I think if Diana was alive she would be so proud of him, so proud of him.”

Click on the links below for more on Tony’s announcement: